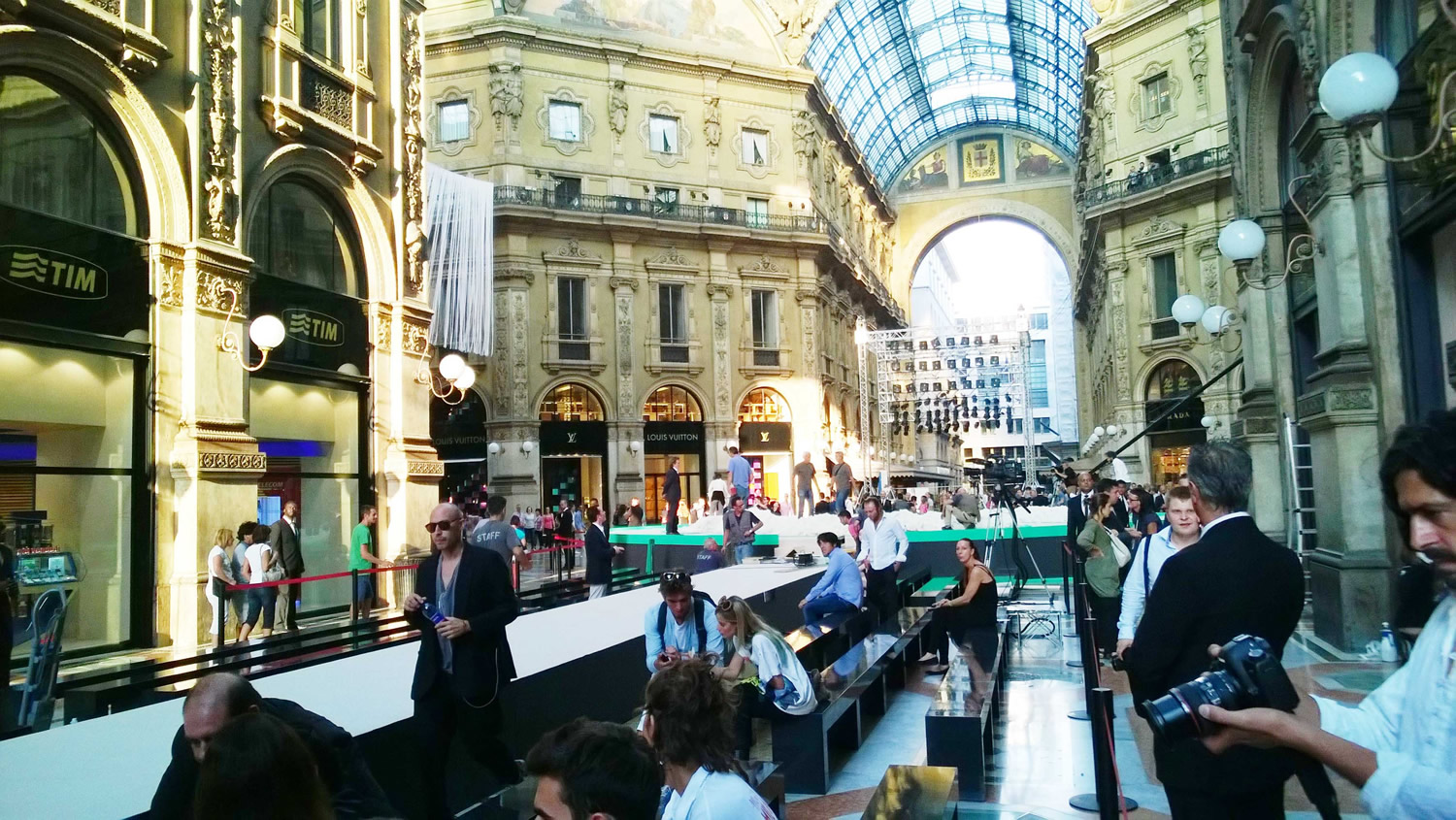 For the first time ever, Milan played host as The Campaign for Wool went to Italy to launch Italian Wool Week.  This wool filled week included a fashion show in the prestigious Galleria Vittorio Emmanuele II, a flock of Bergamasca sheep in the Piazza del Duomo and stunning wooly representations created by Italian fashion schools, on display in the windows of La Rinascente. Here are some of our favourite moments from the week.

Never one to make a quiet entrance, the Campaign made quite the impression, arriving in the Piazza del Duomo on Tuesday morning with a flock of Bergamasca sheep in tow.  To educate consumers further about the benefits of wool, an educational area was set up and visitors were able to discover the processes from raw material to finished product, giving rise to the precious production supply chain. The sheep were a great attraction from the early hours for tourists, passersby and those on their daily commute. By lunchtime, word of the ‘pecore’ had spread and the sheep had a constant stream of fans and visitors.

There could not have been a more perfect location to host the On Stage fashion show than at the Galleria Vittorio Emanuelle II. The elegant decoration of the Galleria’s interior lent itself to the occasion to celebrate the talented young designers who were showcasing their creativity but also allowing wool to take centre stage to demonstrate its potential and versatility. 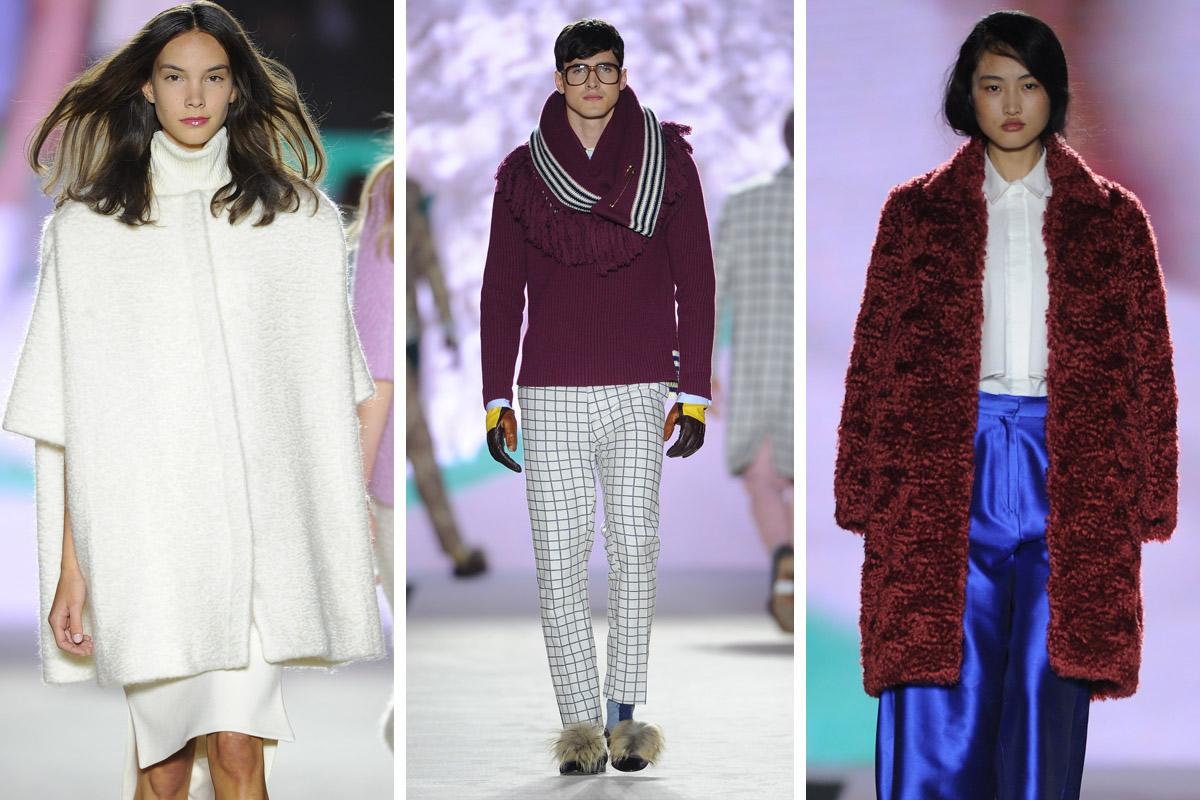 Presenting their work on the catwalk were seven young designers including special guest of the evening, designer Andrea Pompilio who was honoured with the task of picking out an international selection of his peers to showcase their talent through the medium of wool. These included: J. JS. Lee (Korea), Isa Arfen (Italy), Ostwald Helgason (Germany/ Iceland) and Yang Lin (China) who showed women’s looks for Fall Winter 2013-14, whilst From Britten (Australia) and Tillman Lauterbach (Germany) presented men’s looks, as well as pieces for Spring Summer 2014. 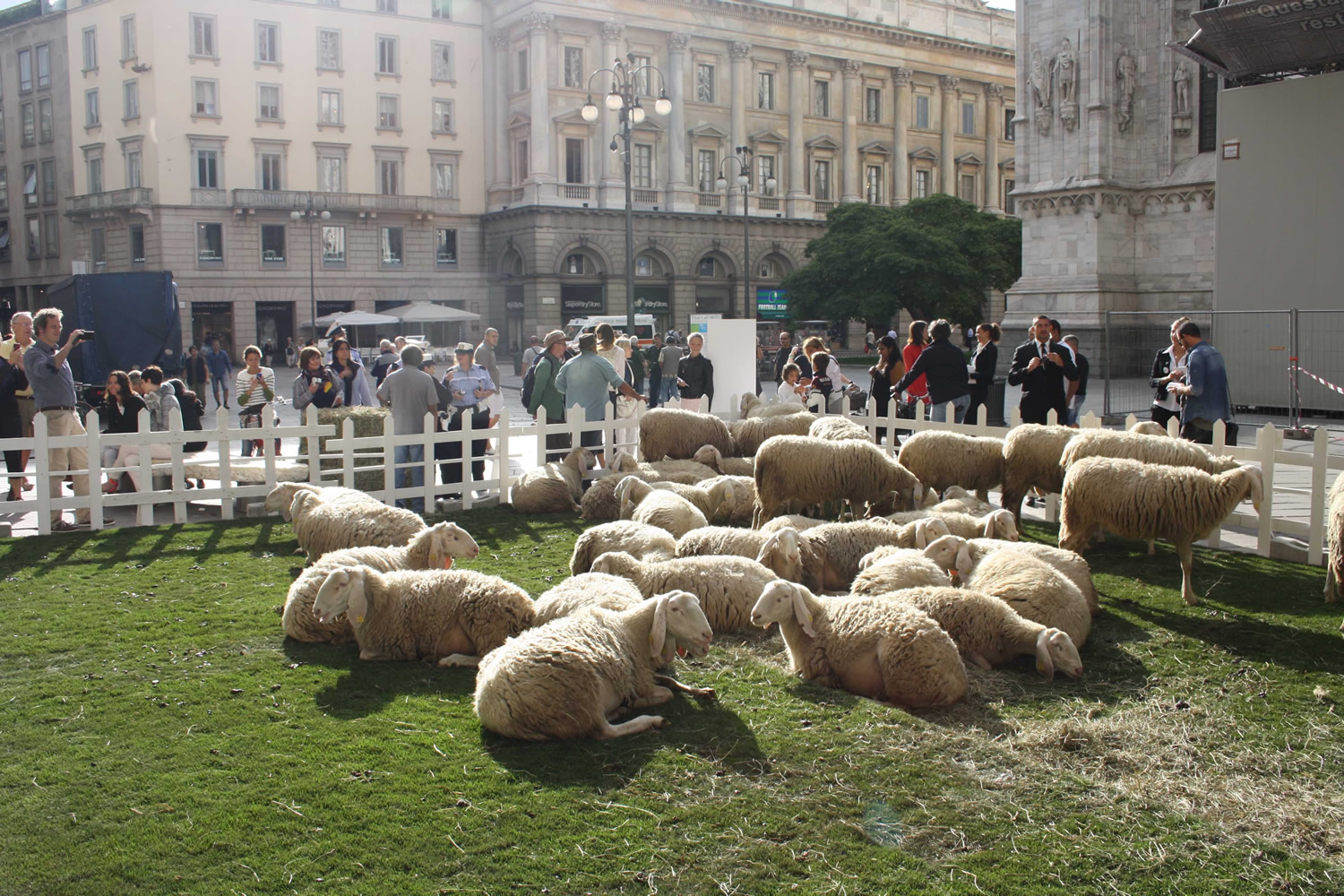 The audience was treated to a video message by His Royal Highness Prince Charles, who took the opportunity to not only introduce the fashion show but to also educate the audience to the benefits and potential of wool as a fibre. 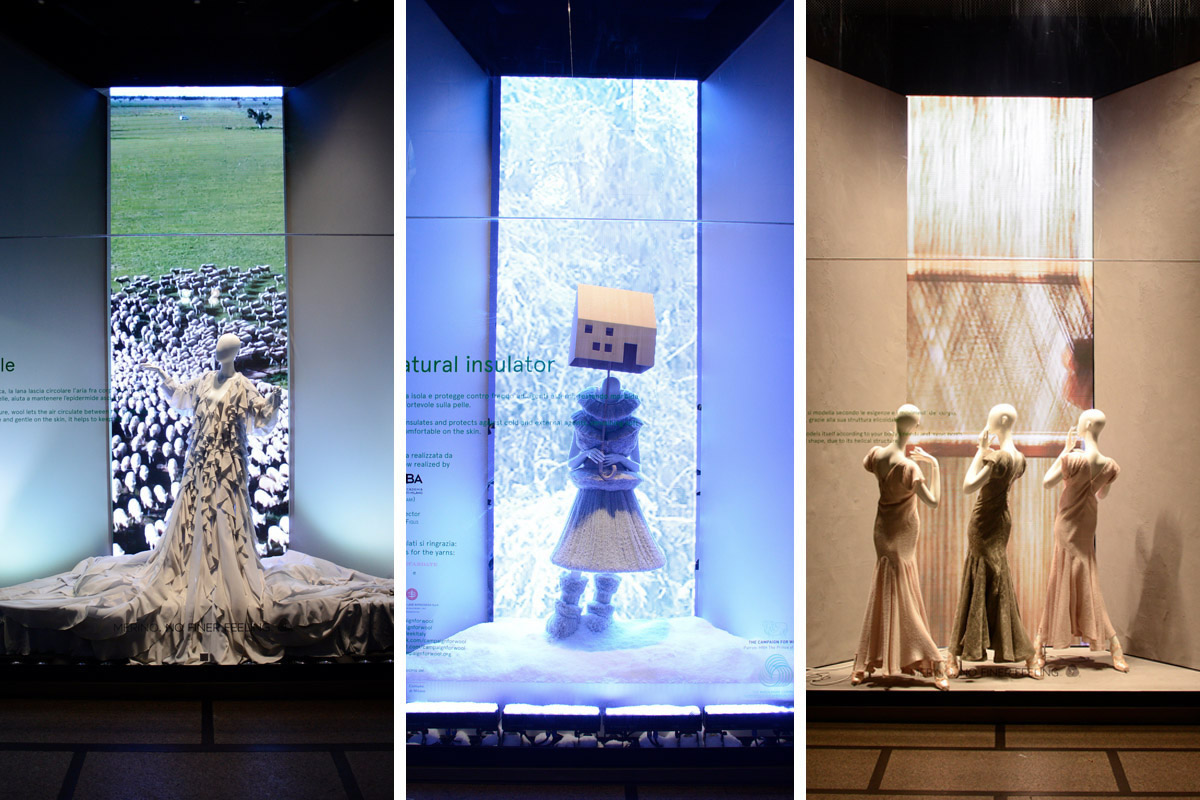 La Rinascente is one of the most esteemed department stores in Italy and served as the perfect partner and location to showcase the characteristics of Merino wool. The project was produced by the students of six of the most prestigious Italian fashion design schools: Domus, Naba, Ied, Marangoni, Iuav and Polimoda, with their work on display in the windows of La Rinascente for the duration of Wool Week

For more images of the activities during Italian Wool Week please go to www.facebook.com/Campaignforwool and www.pinterest.com/campaignforwool