HRH The Prince of Wales at Clarence House 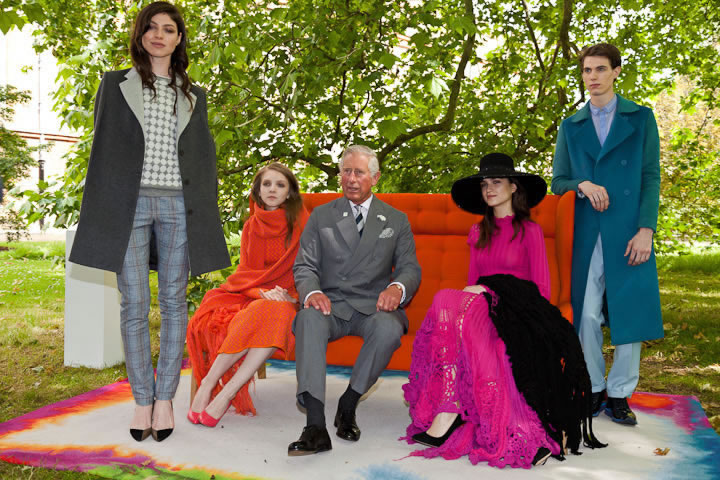 “I sometimes think that too many people have forgotten – or perhaps they never even realised in the first place – that not only is wool one of the most resilient, ecological and sustainable natural fibres in the world, it is also one of the safest because it is so fireproof. As you have seen, it is very hard to set fire to wool. It smoulders, as you’ve seen, and then quickly burns out, unlike Man-made, oil based synthetic materials – the ones you now find all over the world and, which, as any fire officer will tell you, can so easily be a fire hazard and highly flammable.

“As I never tire of pointing out, wool is not only one of the oldest fibres known to mankind, it is also one of the most beneficial, and it fills me with dismay when we overlook it. It is perhaps a sobering thought that only 1.3 per cent of clothes today are made from wool, whereas 60 per cent are made from synthetic materials. And in the world of carpets, only 20 per cent still use wool, while 80 per cent are synthetic – which, apart from anything else, will take decades to biodegrade in landfill, if they degrade at all.What really pleases me, if I may say so, is that we are no longer faced with the crazy situation whereby farmers were being paid less for a fleece than the cost of shearing it, which was very much the reality, I can assure you, when I convened this Campaign. That is why I brought together wool interests wool organizations, and the fashion sector – to encourage them to work together for a better economic landscape and common benefit. 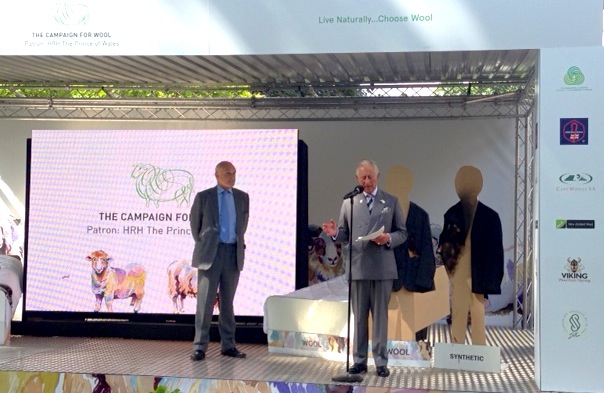 “The primary aim of the Campaign is simply to increase the demand for wool by explaining its many benefits to consumers. It is the most remarkable fibre. Because wool is a living material, it has a natural cell structure which allows it to adapt to its environment; wool absorbs moisture and releases it later to regulate humidity so, of course, this makes it a brilliant chemical-free insulating material. Most importantly, though, as you have witnessed today, wool has remarkable fire resistant and fire retardant qualities.

“And that, Ladies and Gentleman, is just one of the reasons why I very much hope that you can continue to support my Campaign.”