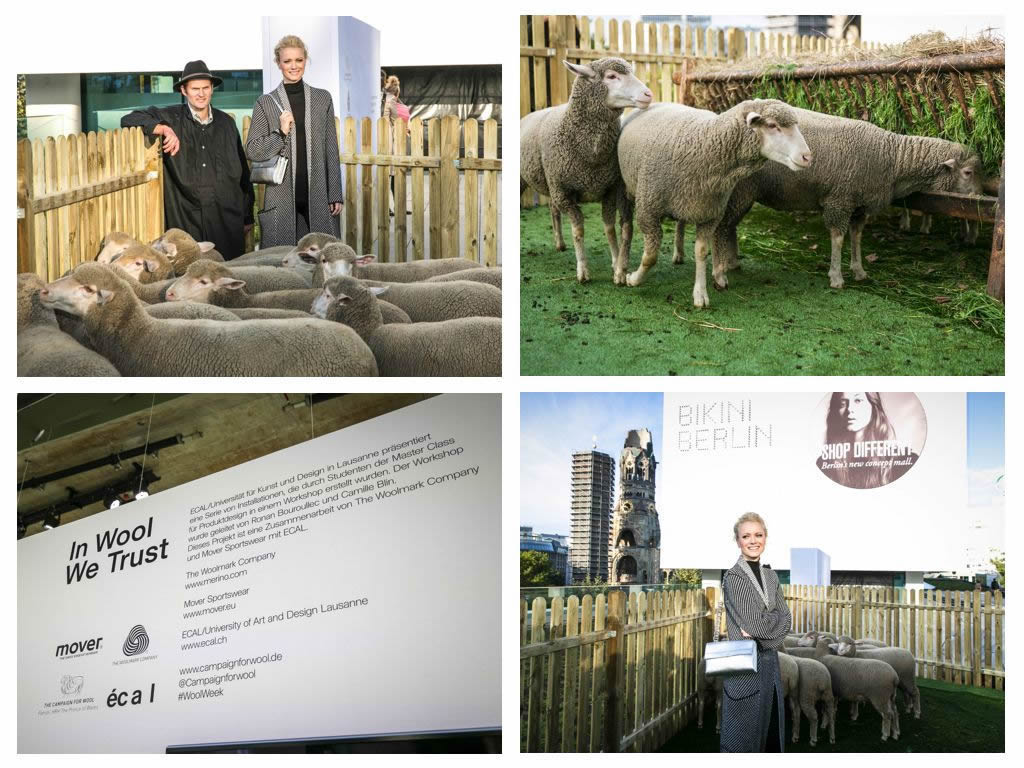 From the 20th to the 25th October 2014, Berlin experienced its 4th annual Wool Week, a varied and extensive program of workshops, exhibitions and events around wool in the Bikini Berlin Concept Mall to celebrate the wonderful fibre that is wool.

From Monday, 20th October everything rotated around the subject of wool at BIKINI BERLIN. As part of the global campaign, Campaign for Wool’s next destination on the Wool Week map following Tokyo, Paris and London was Berlin. The goal of the campaign under the patronage of His Royal Highness The Prince of Wales is to move wool into the spotlight as a natural, renewable and biodegradable fiber and the obvious choice for consumers.

A special highlight on Monday 20th October, was the sheep drive featuring 15 Merino sheep from Brandenburg who ascended the grand staircase up to their temporary pasture on the terrace of Bikini Berlin, accompanied and supervised of course by their shepherd. 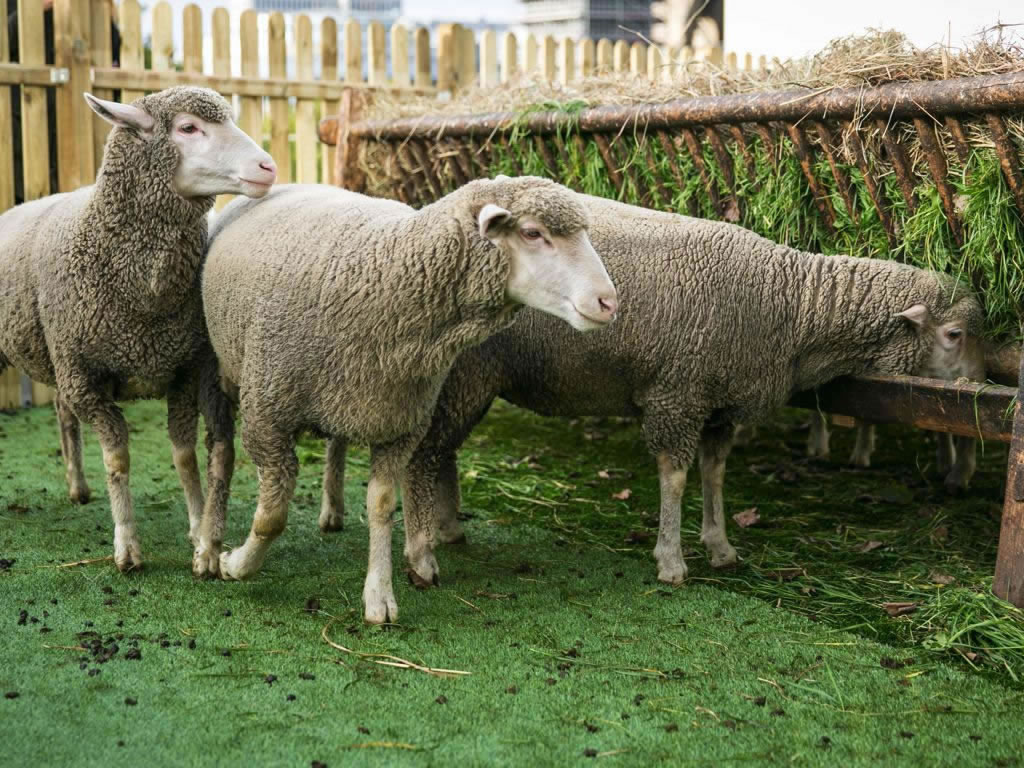 Model Franziska  Knuppe stopped over at BIKINI BERLIN in a fantastic Wool coat from ODEEH to get snapped with the flock. 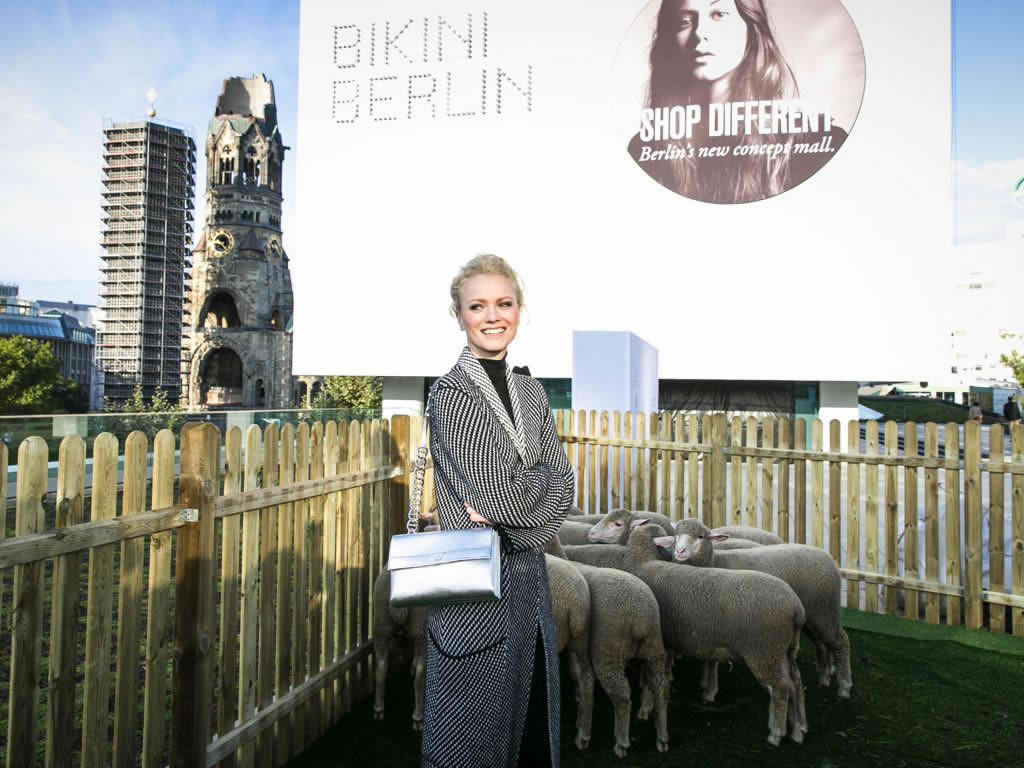 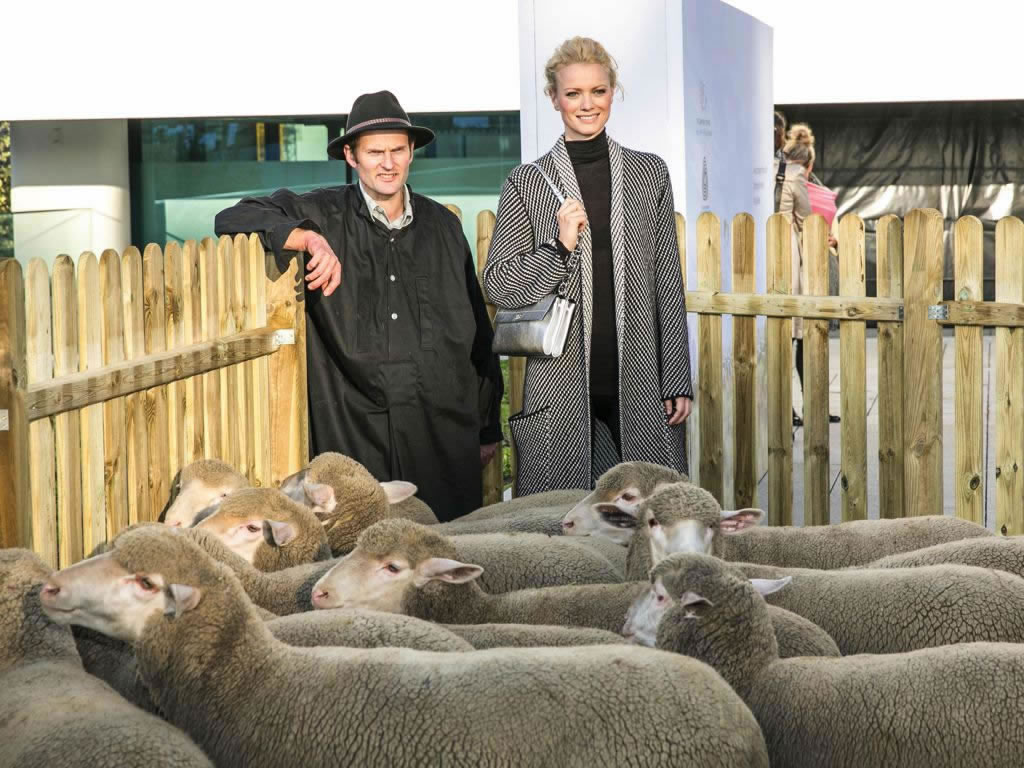 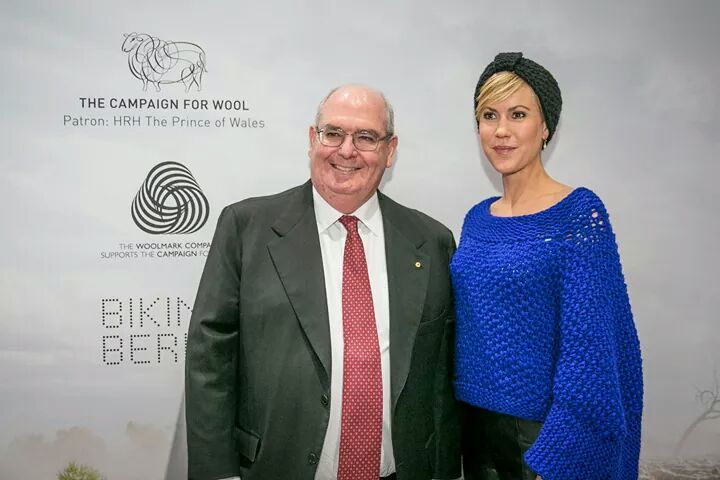 In addition to the action packed calendar at Bikini Berlin, Swiss art school ECAL, in collaboration with sportswear label MOVER, launched an exhibition consisting of a series of art installations focussing on the plentiful and beneficial properties of wool. 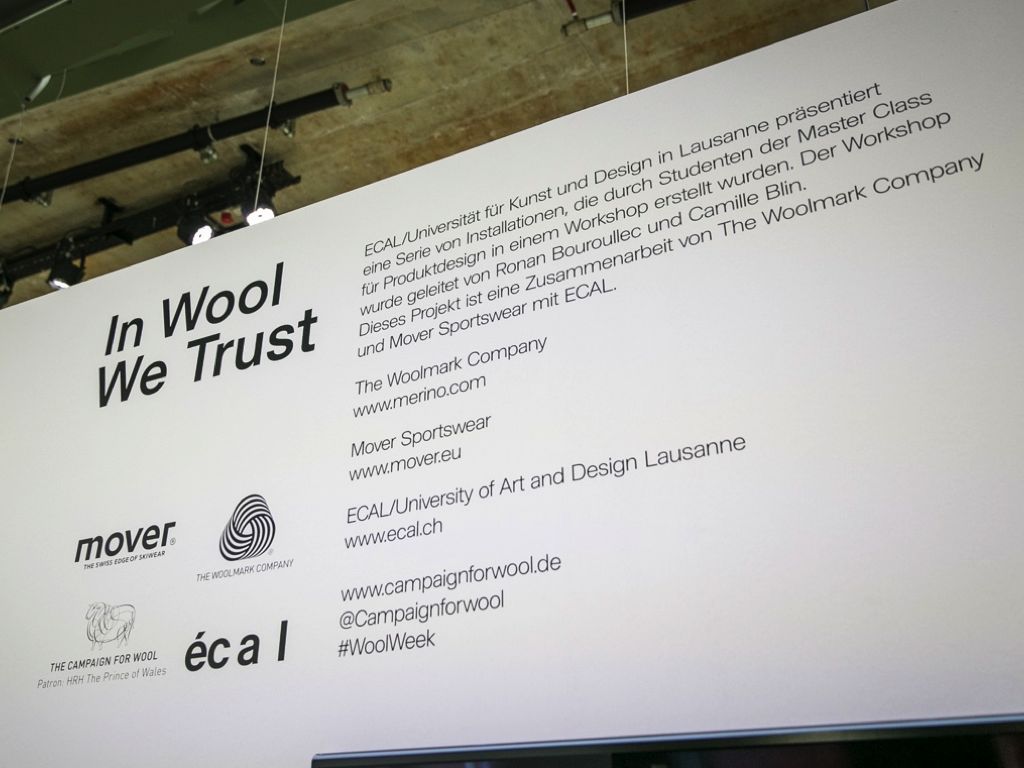 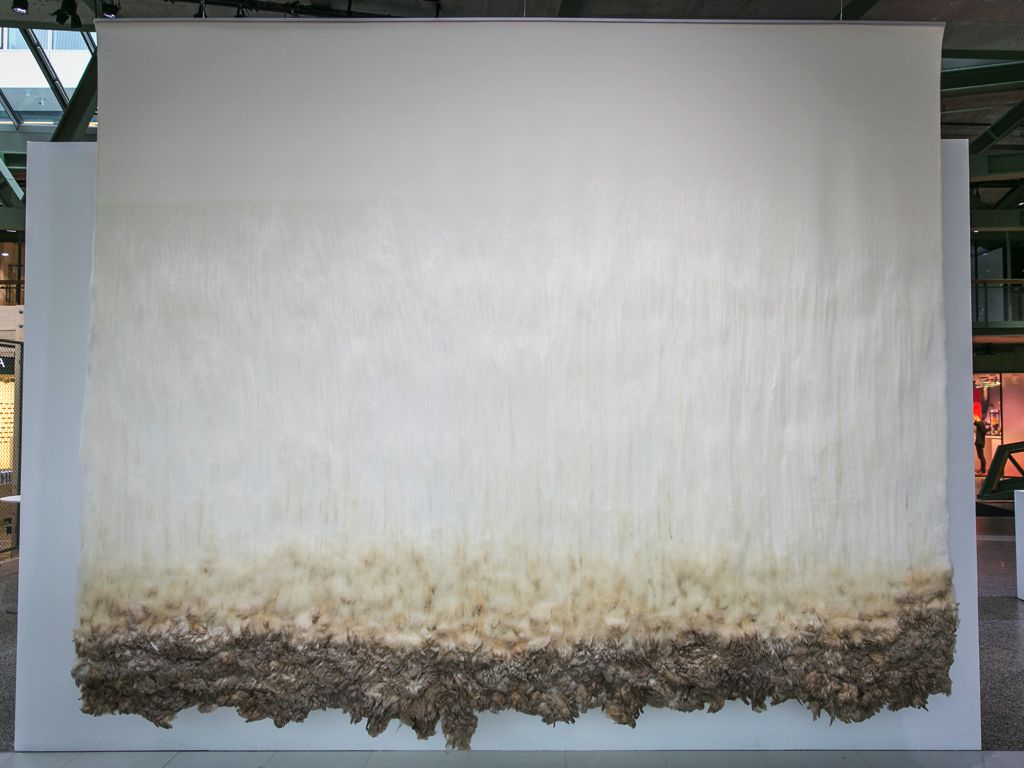 A total of 13 retailers, designers and brands were involved with various activities during Wool Week, these included; Andreas Murkudis with a Margaret Howell feature, ODEEH, LNFA Store, Gant, Ganni, URBANARA, Knit Knit, The Store and actress Wolke Hegenbarth just to name a few.

The project-based label CASE STUDIES 2014 was launched by Laura Kraut Hausen and Konstantin Laschkow. In season-less case studies, the newcomer label examined the intensive work with special textile and clothing techniques. The focus of the first case study was on crocheted – spherical surfaces combined with spatial structures and floral or classic textile ornaments.

On Wednesday, 22nd  and Thursday, 23rd, Knit Knit organised knitting workshops for beginners and advanced knitters. On the balcony next to the LNFA Store ‘on the first floor Loopscarfs, caps and a headband were knitted under competent guidance. A total of 150 knitters joined into the workshops and made this a major event and success. The work materials are completely sponsored by Schoeller – Stahl Wool .

URBANARA, the online brand for high quality home textiles and accessories, offered in its pop-up store on the ground floor a special activity: during the Wool Week, as all rugs were offered  with discounts. Furthermore, there was a stand with hot drinks, and a raffle, during which wool balls were hidden throughout the Bikini Berlin and had to be found in order to win interesting prices.

In cooperation with Woolmark and Mover, écal, the famous University of Art and Design in Lausanne, regularly voted one of the ten best training centers for art, designed and created a series of installations. Each of these installations explores the specific properties of wool. The project was unveiled at Art Basel 2014, and now celebrated as part of Wool Week in Berlin. The exhibition was on view from the 20th to the 25th in the event area of the Concept Mall Bikini Berlin.

With a celebratory ‘Afternoon Tea ‘ Andreas Murkudis welcomed his customers on Friday afternoon followed by a presentation on the 24th of the latest collection of the British brand Margaret Howell. Guests were treated to a 10% discount on the entire range.

The Italian premium children’s fashion label Il Gufo and The Woolmark Company exclusively presented  the second Capsule Collection of the brand. The colorful sweaters and cardigans from 100% fine merino wool is machine washable and underlined the benefits of the natural material with its softness, breathability, its light weight and its elasticity.