The Campaign for Wool is coming to Italy 8 – 13 September! 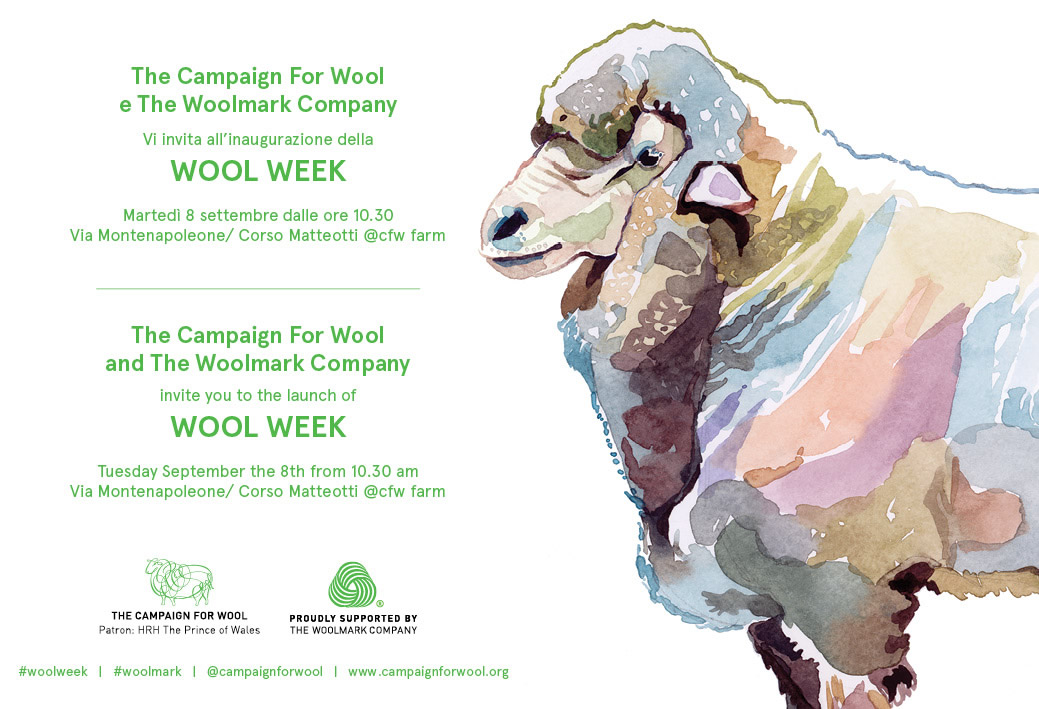 The Woolmark Company brings the global Campaign for Wool to Italy for the second time.

Follow the action live throughout the day on September 8:
Periscope: @woolmark
Snapchat: @woolmarkcompany