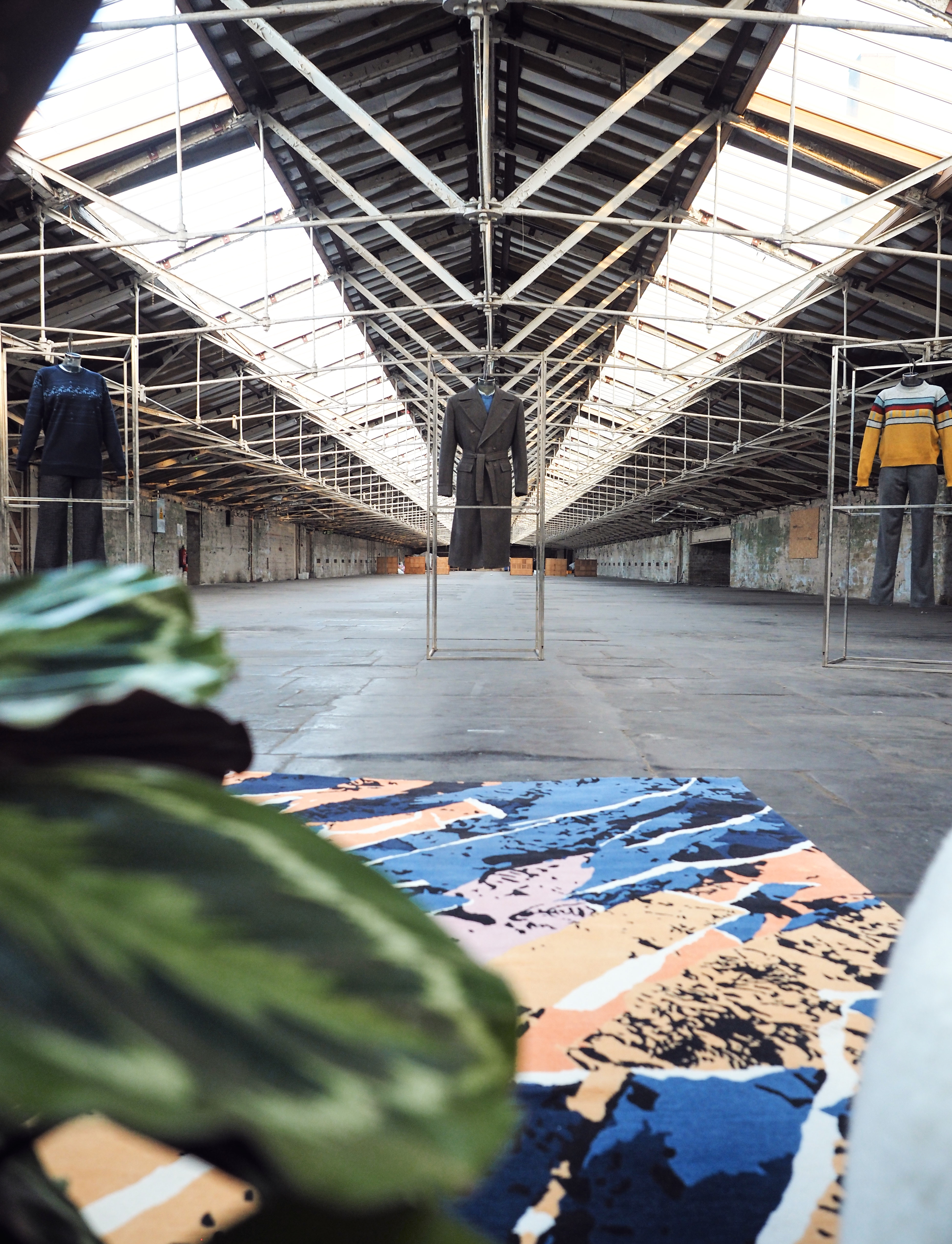 As the Campaign for Wool heads in to its 10th year of Wool Week celebrations commencing on the 5th October, this year we have collaborated with twelve of our supporting fashion and interior brands to work with students and universities around the UK and students from the campaign’s international supporting countries, resulting in the launch of the 2020 Student Design Project.  Faced with unprecedented restrictions has led to some changes for the launch of the project and Wool Week 2020 activities.

Similar knitwear projects were featured in the Campaign’s earlier years of 2013 and 2104, this year the design competition features a wider spectrum of products from knitwear, tailoring, carpet and rugs and interior furnishings. This project, as well as many of the retailer events and wool messages, will be represented in a variety of digital/on-line spaces. The continued support was amazing from the universities, students and retailers during difficult and remote working circumstances, that has resulted in an exceptional array of work from talented students and dedicated tutorial advice from both the educational centres and industry.

Universities from Plymouth up to Glasgow and companies from Newquay to the Isle of Harris and everywhere in between and across to Ireland were involved. Also included were leading educational colleges and universities in Canada, New Zealand and South Africa. The brands involved, many who have been supporters of the Campaign since 2010, included Anderson and Sheppard, Marks & Spencer, John Smedley, Brora, Alternative Flooring, Floor Story, Blackhouse, Celtic & Co, Margo Selby, Hackett, Finisterre and Holland & Sherry.

Each brand submitted individual design briefs to multiple universities for students to interpret and submit design options that conveyed wool’s natural benefits of biodegradability and sustainability. Finisterre, the Cornish surfing brand, focused on re-purposing wool for socks, using up waste material, Hackett collaborated with Lovat Mill in Scotland and briefed the textile course at Heriot Watt for a student to design the latest Tweed fabric to make a suit. Blackhouse worked closely with Harris Tweed Hebrides and Glasgow School of Art to create a new Tweed furnishing fabric. Alternative Flooring and Margo Selby collaborated on a design that would work for a complete interior look and style, with fabrics provided from Botany Weaving. Anderson & Sheppard worked with Abraham Moon & Sons in Yorkshire to submit their design brief to Leeds and Huddersfield Universities to develop a new contemporary overcoat cloth, with references to the overcoat Anderson & Sheppard made for His Royal Highness The Prince Of Wales that was made in the 1970’s and he still wears today.

With some of the retailers deciding to include the student designed products in their Autumn Winter collections, brands saw an array of fantastic entries, with some unable to decide on a winner until they had produced the winning and runner-up designs to compare which would be most commercially viable. Other students have been offered working support and internships to provide commercial experience to extend their student/industry knowledge.

The Brora, Celtic & Co and John Smedley knits will launch during Wool Week and will be available to purchase directly from their websites in Limited Edition quantities. The Alternative Flooring runner will be available via their website as will the Margo Selby fabric and cushions, and Floor Story rugs will be made to order which will be limited to 10 pieces.

The project will be launched fully next week showcasing the individual pieces via a virtual 360 tour in the stunning space at Salts Mill, and announcing the winning students and universities involved.