John Smedley are creators of some of the World’s Finest Men’s and Women’s Knitwear. Established in 1784, they are the oldest manufacturing factory in the world, crafting beautiful, high quality garments that are designed to last, made in Britain and distributed the world over. The John Smedley story began during the infancy of the industrial revolution at their factory in Lea Mills, Derbyshire where you can still find them, over 230 years later.

As part of the 10th anniversary of the campaign for wool John Smedley briefed students to design a knitwear garment of any silhouette and that champions sustainability and is inspired by the broad theme of nature or natural influences.

The garment specification were given and could be any gauge from 24g/30g/5g/7g and must use the fibres and colours detailed on the AW20 shade card supplied by John Smedley.

The garment could be plain, patterned (jacquard or intarsia) or embellished and can be unisex or specifically Men’s or Women’s. If pattern is used, the garment should use a maximum of 2-3 colours within the pattern. The garment should show creativity and originality in response to the open brief but should also have a commercial angle. 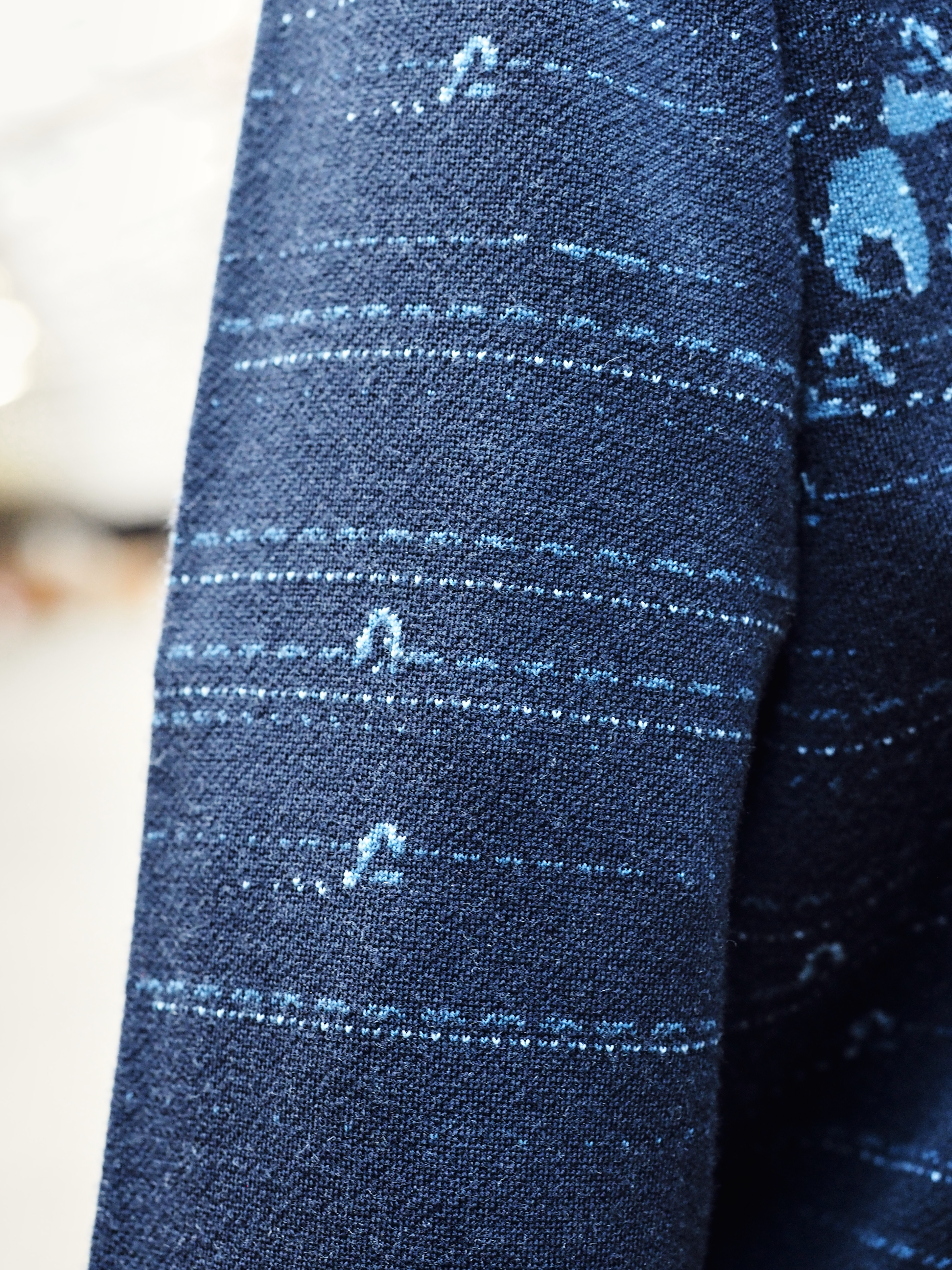 “We were delighted to be asked by The Campaign for Wool to be part of their special 10th anniversary design competition project and we chose to work with local East Midlands universities to showcase the talent of our own region. We were impressed by the calibre of designs submitted and from the 22 entries received, were able to pick our winner Georgia Alligan from Derby University, we chose Georgia’s design as we felt she had a really strong understanding of both the creative and the commercial elements of the brief. Her design is inspired by the issues caused by climate change such as the erosion of the British coastlines and we felt this was a really interesting interpretation, her design also brings a traditional fair isle pattern up to date using abstract shapings that we feel our consumers will immediately understand and respond to. We’re very much looking forward to now launching her designs later this year across the UK and Japan.” Jess Mcguire-Dudley, Brand Director John Smedley

“We were delighted to be asked to participate in the John Smedley Student Design Competition. The University of Derby is a close neighbour to the John Smedley site at lee mills and the opportunity of working collaboratively with such an iconic British brand has been invaluable to our student’s experience. Georgia’s love of knitwear and the knit design process is evident in her winning entry. Her design is a nod to traditional fairisle techniques made more playful through contemporary abstract shapes. She has paid particular attention to showcasing the sustainable and versatile qualities of pure wool that gives John Smedley its premium, luxury brand credentials.” Kay Bolderson, Georgia’s Tutor 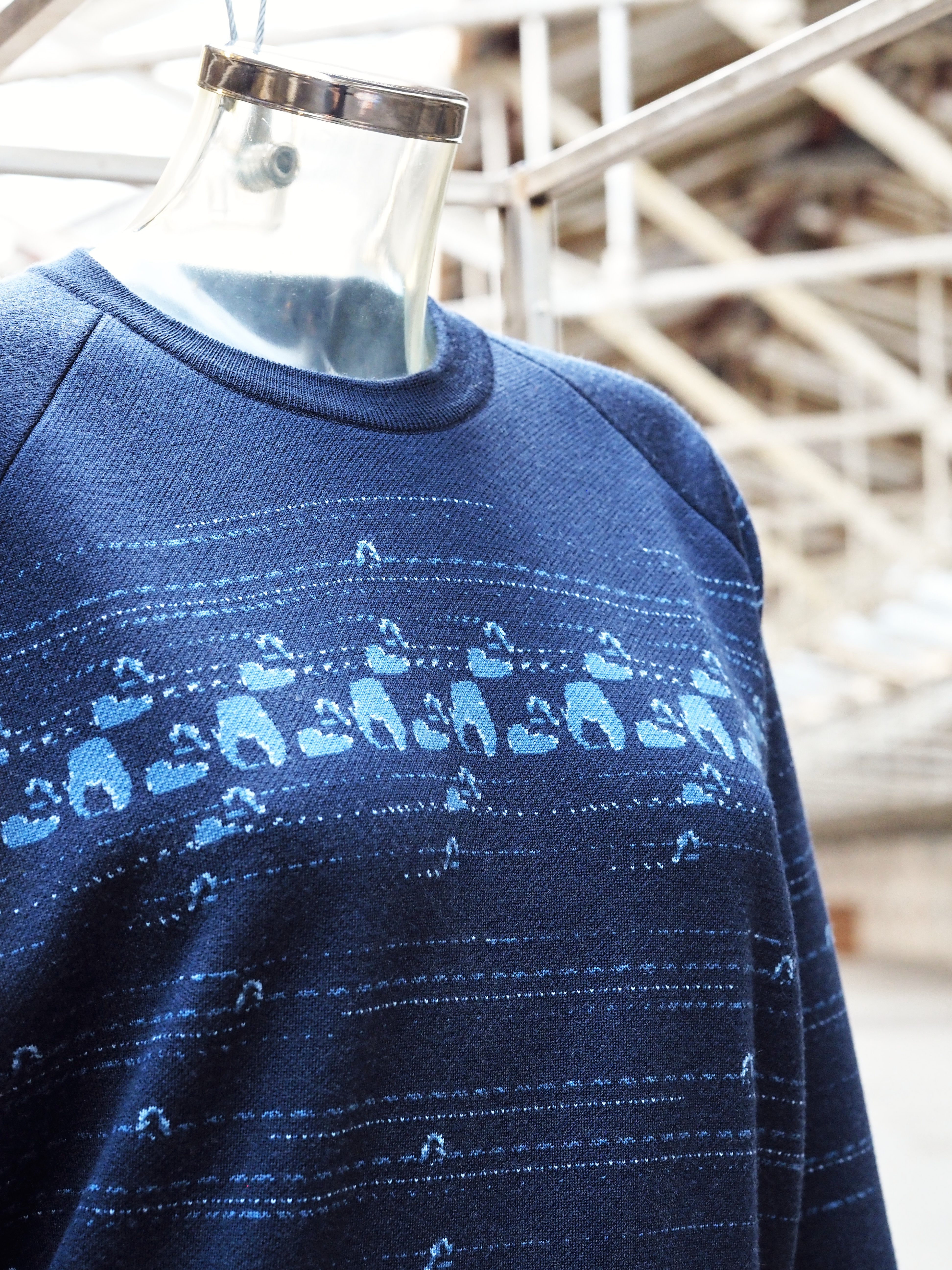 “The inspiration for my submission comes from the natural beauty found in the coastline across the UK. Durdle Door forms an iconic silhouette of the British coastline that alongside the natural power and changing colours of the sea formed the feel I was looking for in my design. Fond family memories and the slow but natural changes to the coastline through erosion, for me links to my love of wool which is such a natural and sustainable material to work with. The chance to see one of my designs come to life and be developed in association with the team at John Smedley is a one-off opportunity that I am truly grateful for.” Georgia Alligan, Winning Student 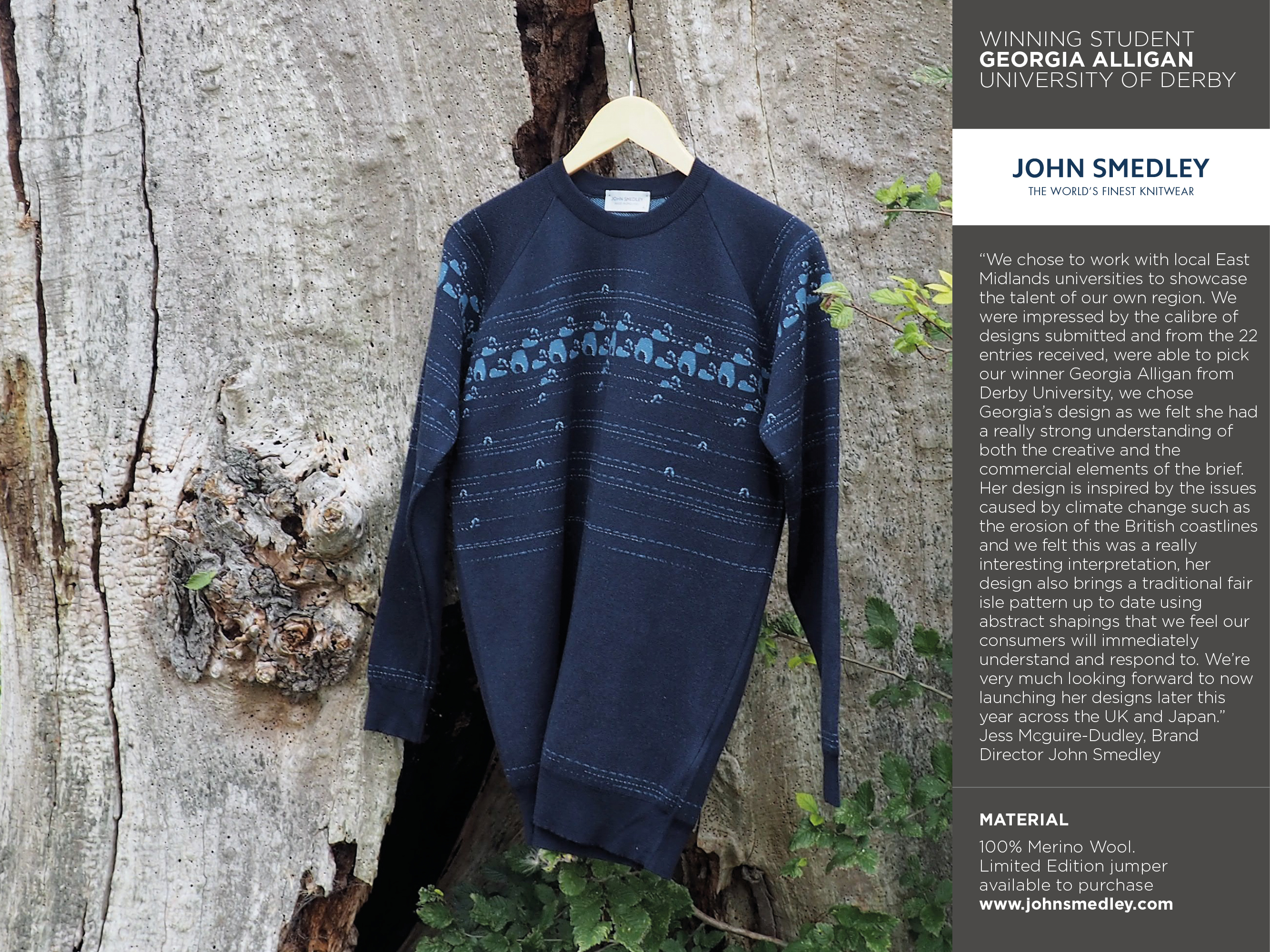