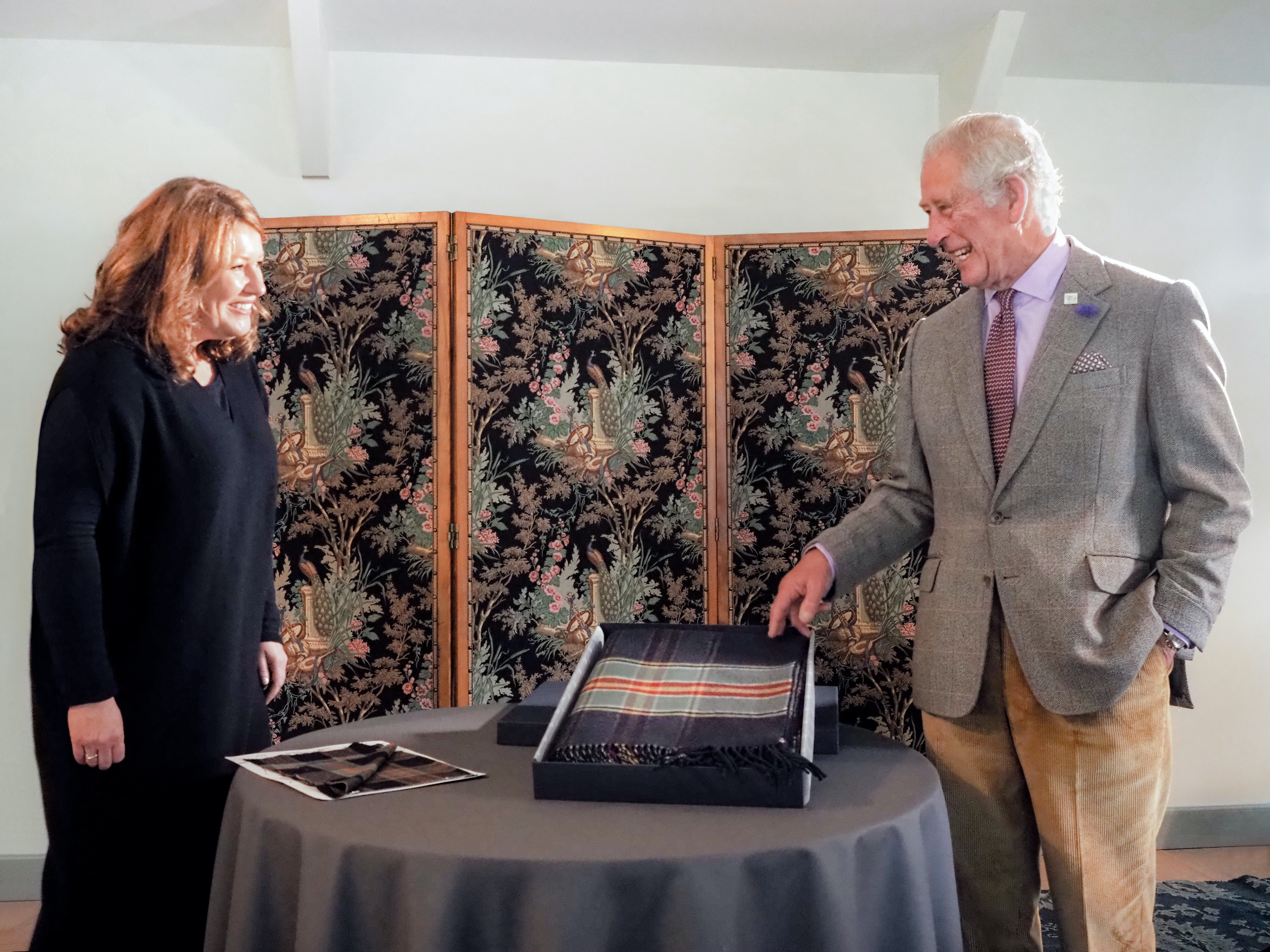 This year is the Campaign for Wool 10th Anniversary, the Campaign officially began in October 2010 with Wool Week activities and is a truly collaborative initiative involving farmers, textile manufacturers, carpet makers, brands, retailers, fashion & interior designers and artisans from around the world. Wool Week takes place each October to celebrate retailer collaborations, and each year over the decade a variety of pop-up events and activities have taken place.

To celebrate Wool Week Johnstons of Elgin Chairman Jenny Urquhart presented His Royal Highness The Prince of Wales with an exclusive woollen blanket featuring the new Queen Elizabeth Scholarship Trust (QEST) tartan.⠀
⠀
The 100% wool blanket features an enlarged scale of the new tartan designed by Kinloch Anderson, and manufactured by Johnstons of Elgin, in a collaboration between two of Scotland’s oldest family textile businesses. Proceeds from the sale of this new tartan will be donated to QEST, a charity dedicated to excellence in British craftsmanship. HRH is Patron for both the Campaign for Wool, which celebrates its 10th anniversary this year, and QEST who mark their 30th anniversary.⠀
⠀
For decades His Royal Highness The Duke of Rothesay has highlighted the benefits of wool and natural fibres which have an important part to play as we face the enormous challenges of climate change. ⠀