The Campaign So Far 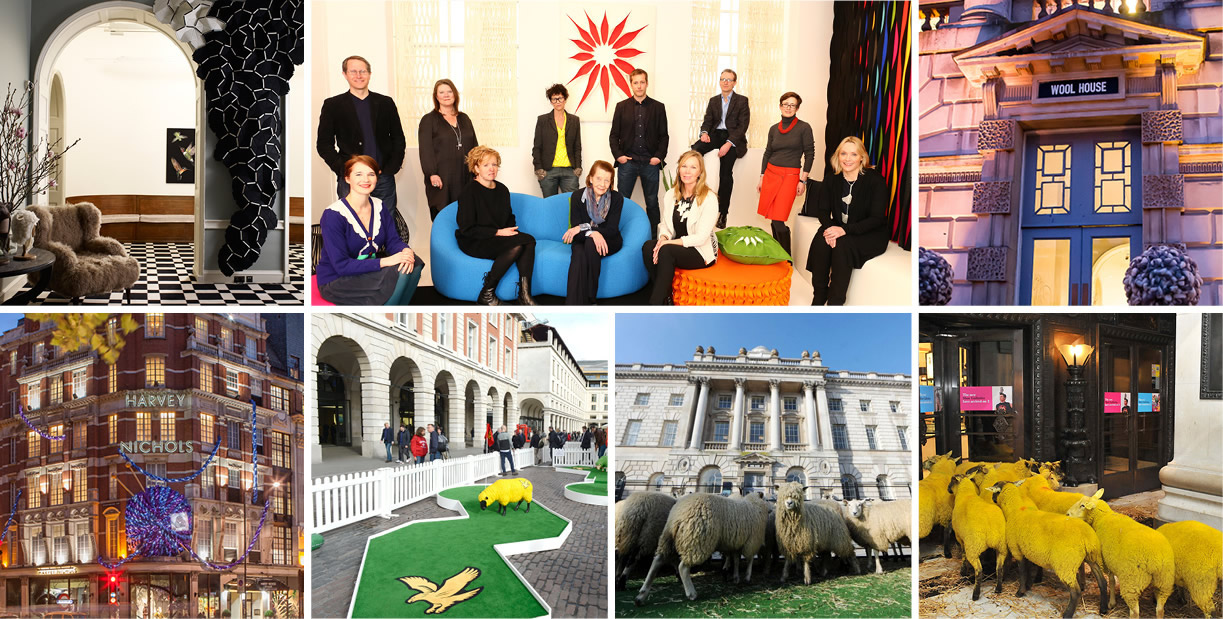 The Campaign officially began in October 2010 with a launch event that saw London’s historic tailoring street Savile Row transformed into a pasture upon which fifty sheep grazed. Over 100 companies participated in Wool Week and thousands of consumers took part in activities such as knitting and felting. Yellow sheep were even spotted queuing outside Selfridges department store on Oxford Street.

2011 saw the launch of Wool Modern, an exhibition opened by His Royal Highness the Prince of Wales, showcasing the very best in fashion and design in wool. Wool Modern featured the work of seminal designers such as Yves Saint Laurent, Alexander McQueen and Vivienne Westwood.

The Campaign for Wool was also introduced to key international markets in Australia, Spain, Netherlands, Germany, Norway and Japan.

In October 2012, the Campaign launched Wool School, its first major educational initiative. 12 top retailers including Topshop, Hobbs and Jigsaw joined forces with design students at leading universities in order to create a series of wool sweaters which were sold in stores. 5% of profits have been put back into educating the next generation of designers about the benefits of using wool.

In 2012 the Campaign for Wool launched in China, while our 2013 Wool Week celebrations started in September with the launch of Campaign for Wool Italy. They will continue throughout the Autumn season in Germany, Netherlands, Spain, Korea, Japan and China.