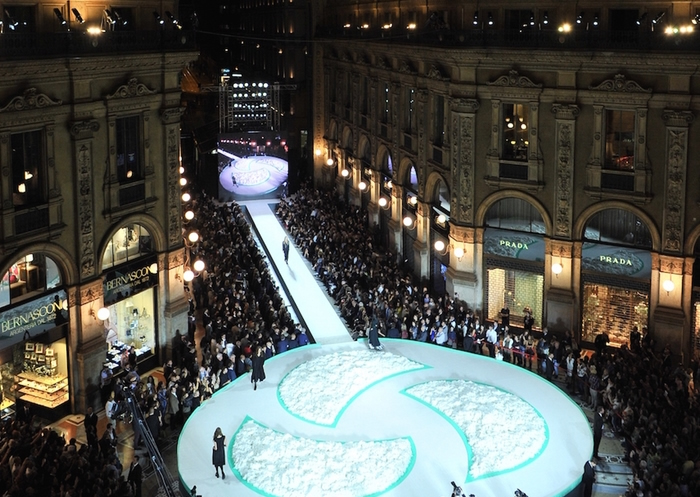 The fashion show in the prestigious Galleria Vittorio Emanuele II in Milan was a highlight of 2013’s Campaign for Wool events.

Wool lovers rejoice! Discover the must-see-and-do Wool Week celebrations and find out how you can be a part of them.

Next stop is Paris, September 25 to 27, where Wool Week France will take up residency in the Palais de Tokyo. Blending art with fashion and brought to life by live performances that take visitors on an artistic journey of wool in all its forms and stages, Wool Week France will be a multi-sensory feast for the eyes.

With leading brands including adidas, Dormeuil, Electrolux and Brun de Vian proudly supporting the global campaign, visitors will experience various uses of wool whilst also invited to join in yoga classes, knitting workshops and check out a photo shoot mixing street art with skateboarding thanks to Paradis Skateboards.

Just like the inaugural Wool Week celebrations in 2010, Savile Row will transform into a lush green meadow on October 5 as two flocks of 30 sheep take over the iconic sartorial strip to start the events for the UK’s Wool Week October 5 to 11.

More than 25 tailors have been paired individually with over 25 of the UK’s most influential wool mills to create a bespoke look for a special Wool Week UK event. Models will then bring these looks to life in vignette style. Men dressed in wool will have the opportunity to be snapped by street-style photographers from British GQ who will regularly select the ‘best dressed men in wool’ during the day.

UK retailers will participate in a number of events over the week including ‘Wool Night Out’ on Thursday 8 October. 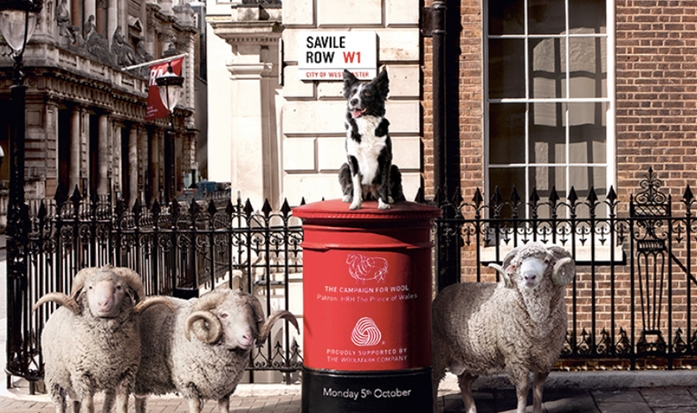 Savile Row will get a wooly takeover as part of the UK’s Wool Week celebrations.

Across the sea The Netherlands will celebrate all things wool from October 12 to 18.

An exclusive WOOL magazine has been published and will be available in all major Campaign For Wool retailer partner stores. Featuring the latest wool apparel from leading Dutch brands including Suitsupply, Stills Atelier, Avelon, Pauw and Bugaboo, the magazine is a true celebration of wool’s versatility.

We also get chatty with this year’s International Woolmark Prize Europe regional finalists Nanna van Blaaderen and Jonathan Christopher, both hailing from The Netherlands, and find out exactly why they love Merino wool. 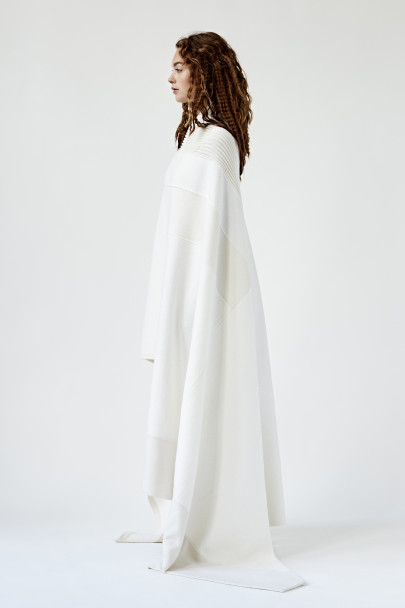 The Campaign for Wool then travels to Asia, with China hosting special Wool Week events from October 17 to 25. 13 major Chinese brands will showcase their best wool fashion for the upcoming autumn season in close to 1000 stores across the country. Fashion-savvy shoppers can also enjoy pop-up stores, special events and product giveaways.

Adding a unique twist to the campaign, Wool Week China will also collaborate with China’s largest jazz festival, the JZ Festival. With world-class musicians and Grammy award winners including Victor Wooten, Joss Stone, Lu Guang Zhong and Shunza amongst the line-up, more than 40,000 people will get up close to China’s best wool fashion as they listen to the sultry sounds of the world’s best jazz bands.

There are also some great prizes to be won by festival-goers by knitting sheep on their mobile phone through a game called Playing Jazz Music on Wool.

Japan wraps up the 2015 Campaign for Wool activities, with Wool Week Japan taking place in the centre of Tokyo, from November 3 to 10.