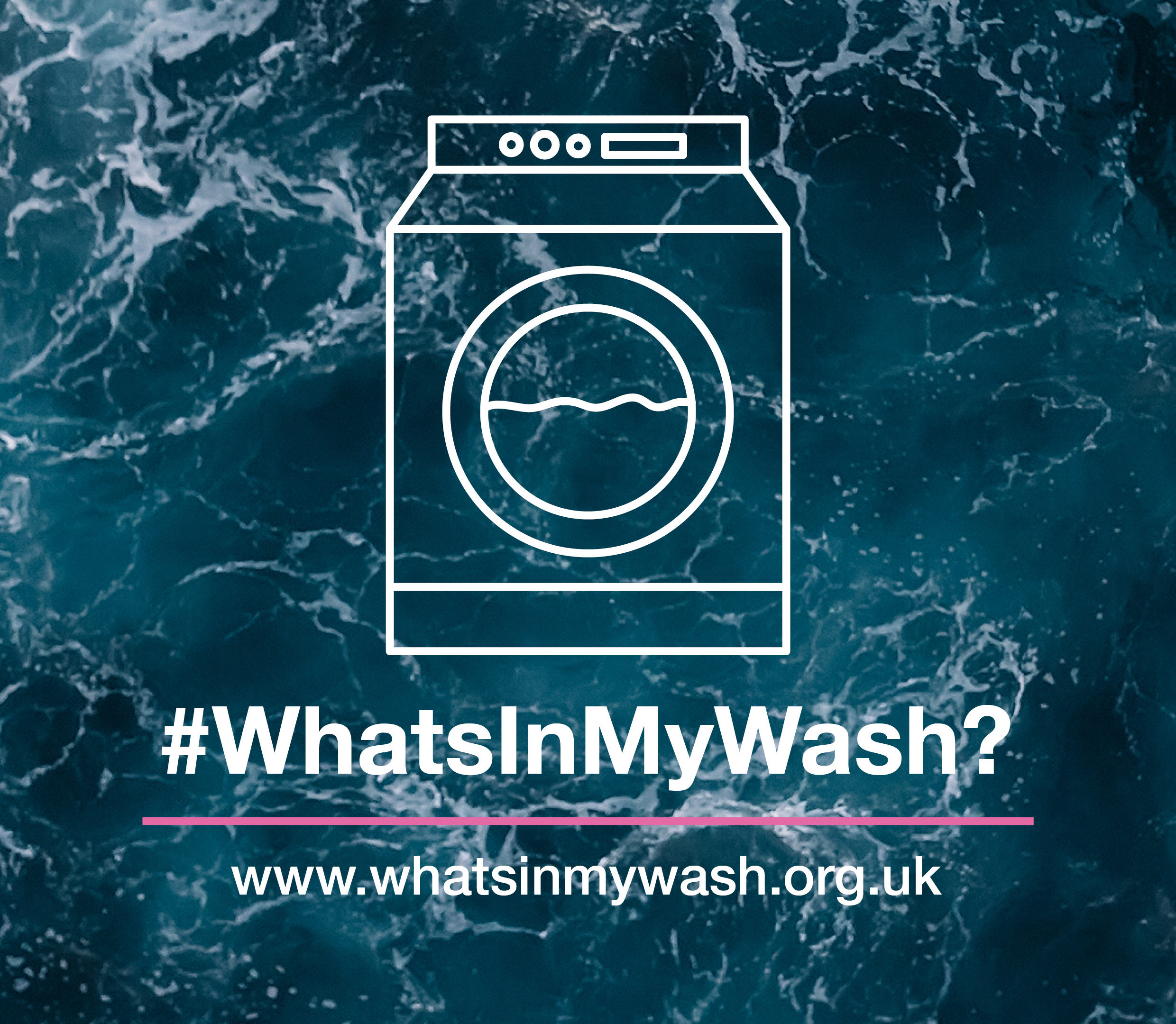 Hubbub today launched the #whatsinmywash campaign – providing tips for consumers to reduce the impact of washing their garments and calling on a range of industry sectors to take action to tackle the microfibre problem.

New research released today by the environmental charity Hubbub reveals that 44% of the public are completely unaware that microfibres are released into our waterways when we wash our clothes and often end up in our food, meaning that we are effectively eating our own clothes!

Synthetic clothing is on the rise and now accounts for around 60% of all clothing produced, however the survey of over 2,000 people across the UK showed 44% of people don’t realise that synthetic fibres such as polyester, acrylic or nylon are actually plastic.  Whilst 71% are aware of plastic microbeads and their impact on the environment, only 56% know what microfibres are and these actually pose a much bigger problem.  Half a million tonnes of plastic microfibres a year contribute to ocean pollution– 16 times more than the plastic microbeads from cosmetics. 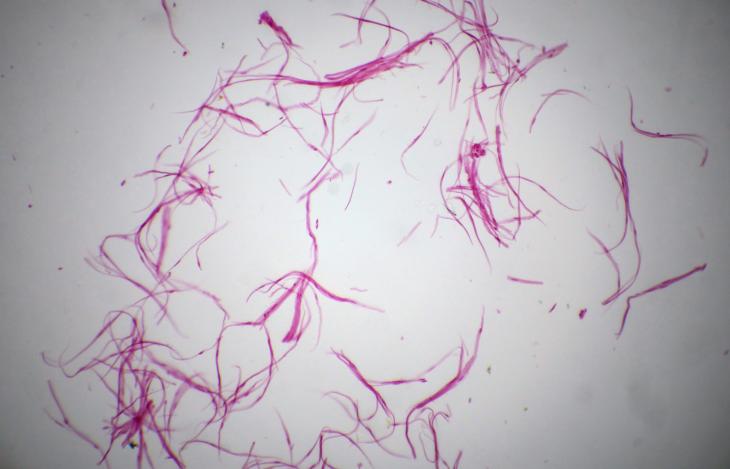 An estimated 35% of primary microplastics entering our oceans are released through the washing of textiles and studies have found these fibres in our food – from mussels and table salt to honey and beer.  Plastic microfibres absorb toxic chemicals and the long-term health impact of consuming these fibres has yet to be fully established. Evidence given to the House of Commons’ Environmental Audit Committee in 2016 raised concerns about the impact on critical diseases, health conditions and hormones.  Little has been done since to address the issue and Hubbub’s findings show this has left people concerned about the impact on their own health and on ocean life:

Trewin Restorick, CEO of Hubbub said “Plastic microfibres are ending up in our waterways, ecosystems and in our food and drink and we don’t yet know what impact this will have.  The issue is complicated and the messages are confusing.  Our research suggests that levels of knowledge and awareness around microfibres amongst the public are low, so today we’re launching some clear actions that consumers can take to help reduce the amount of microfibres released from household washing.

“There is also an urgent need for more research and action at an industrial level – from exploring better filter systems in water treatment plants and washing machines to producing and selling clothes which are less likely to shed microfibres.  It is critical that more is done to explore the potential impact on our health of eating food that contain these plastic particles.”

The Campaign for Wool is delighted to be working with Hubbub on the #whatsinmywash project, specifically to raise public awareness about the impact of chemical fibres on the marine environment. Few in the textile and fashion industries were aware that the machine washing of garments made of synthetic, mainly petrochemical fibres, released toxic microfibres into our river systems and ultimately into our already polluted oceans, a growing global ecological crisis graphically illustrated in recent television documentaries.

The International Wool Textile Organisation has published a series of peer reviewed fact sheets that illustrate the seriousness of the problem and the role wool can play in reducing the damaging environmental impact of too frequent laundering.

If consumers and indeed retailers worldwide, could be persuaded to invest in wool garments, the irreparable harm being done to the marine environment would be markedly reduced.

Wool does not require frequent laundering, as it possesses proven unique odour management properties, natural elasticity and shape regain. And when machine washing is required, the ability of wool to totally biodegrade in the earth as well as in fresh and salt water ensures environmentally responsible laundering throughout the long life of a wool garment. 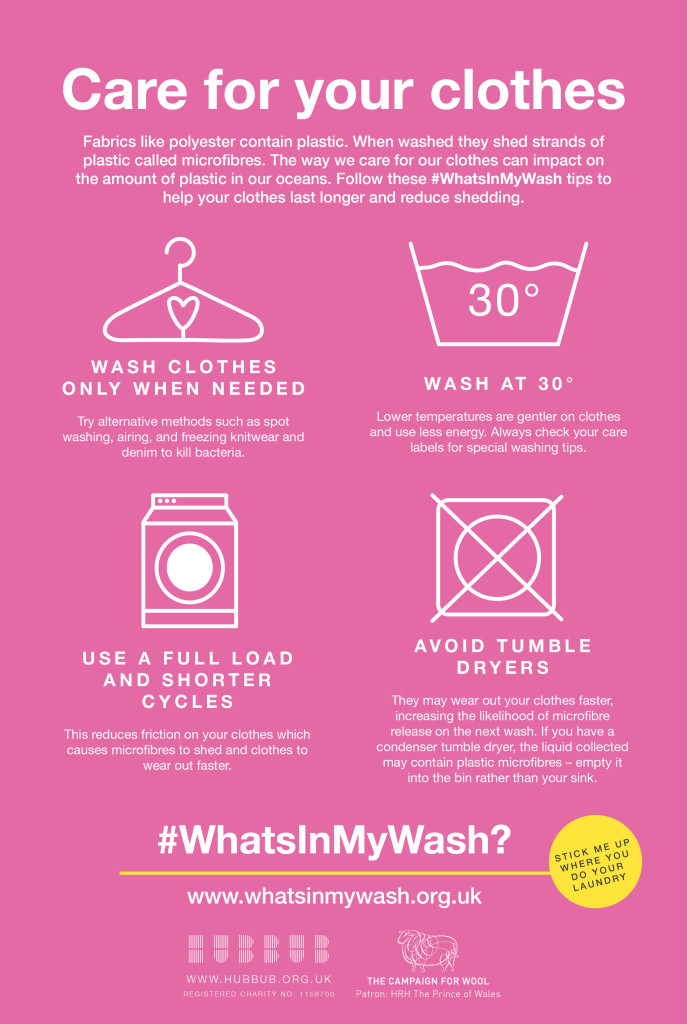 Peter Ackroyd MBE DL, COO of the Campaign for Wool said “The global retail industry is undergoing an unprecedented conversation about the impact of microplastics in the environment and in our daily lives. As our Patron HRH The Prince of Wales said recently, ‘I find it sobering to think that almost all the plastic ever produced is still here somewhere on the planet in one form or another and will remain here for centuries to come, possibly thousands of years.’ A return to great quality, long lasting clothing made from natural fibres can help remedy this and we would urge the public to check clothes labels when shopping and look for fabrics that don’t add to this problem.“

How Each of Us Can Help?

Hubbub suggests the following 7 actions that consumers can take to help reduce the number of microfibres released into our waterways: