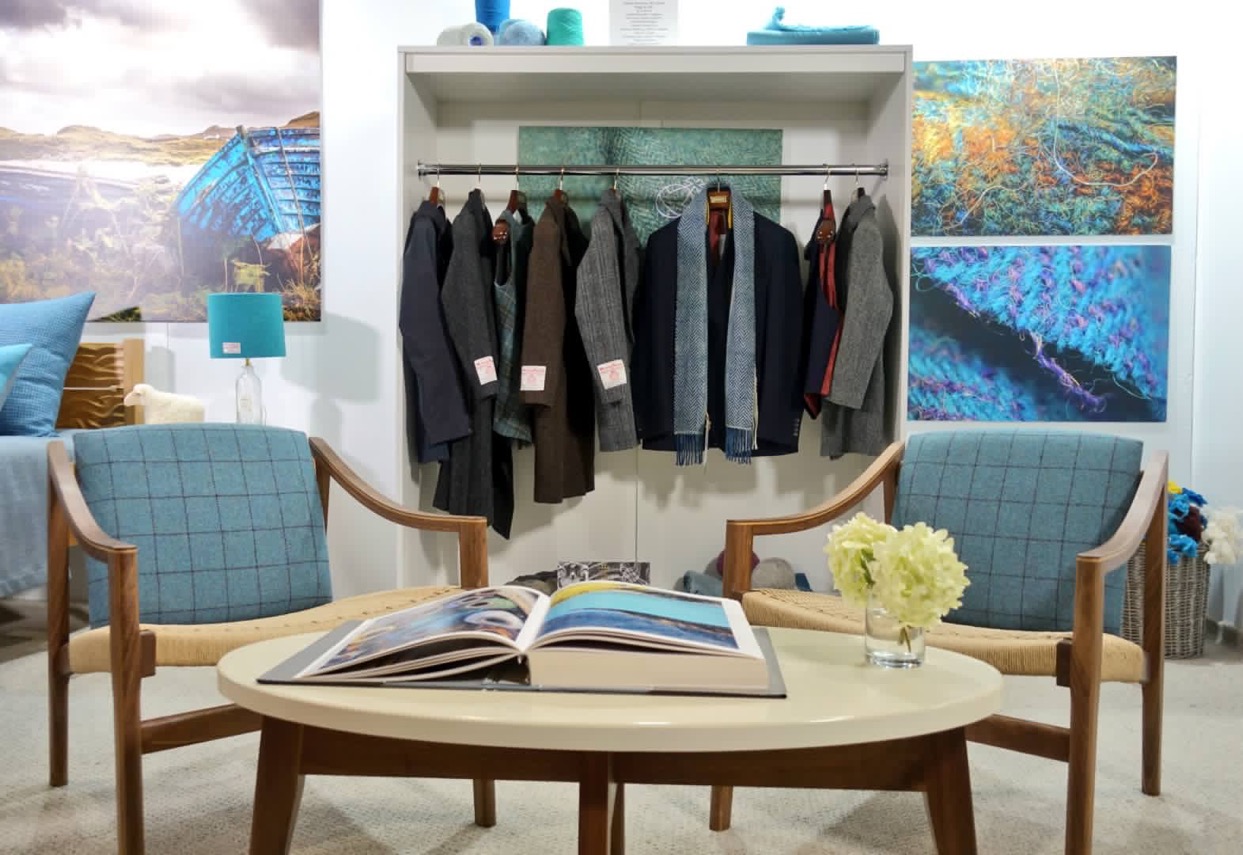 Canadian Wool Week took place 3 to 12 November 2017, this began in 2014 and was launched by The Prince of Wales and The Duchess of Cornwall during their visit to Canada. Wool Week Canada brings together designers, retailers, producers and farmers to showcase the wonders of wool through various activities and events across the country.

The Campaign for Wool (CFW) was featured throughout the Royal Agricultural Winter Fair in Toronto, (now in its 95th year). It featured an abundance of sheep related events including the sheep education centre, sheep shearing demonstrations, the sheep to shawl competition to name a few. CFW partnered with the iconic Harris Tweed Authority to create a Wool House exhibit in the central location of the fair, the Heritage Court.

The Wool House replicated a bedroom setting and showcased the versatility of wool products found in a home. Everything from the carpet, to lamp shades, to bedding, accessories and upholstered furniture was made from wool. A number of Canadian retailers and designers were also featured in the space, including; Line Knitwear, Briggs and Little, ULAT Dryer Balls, Granted Sweater Company, Nature’s Carpet, ça va de soi, Upper Canada Fibreshed and Wee Woolies. Activations at the Wool House included live sheep visits and spinning, weaving and knitting demonstrations. 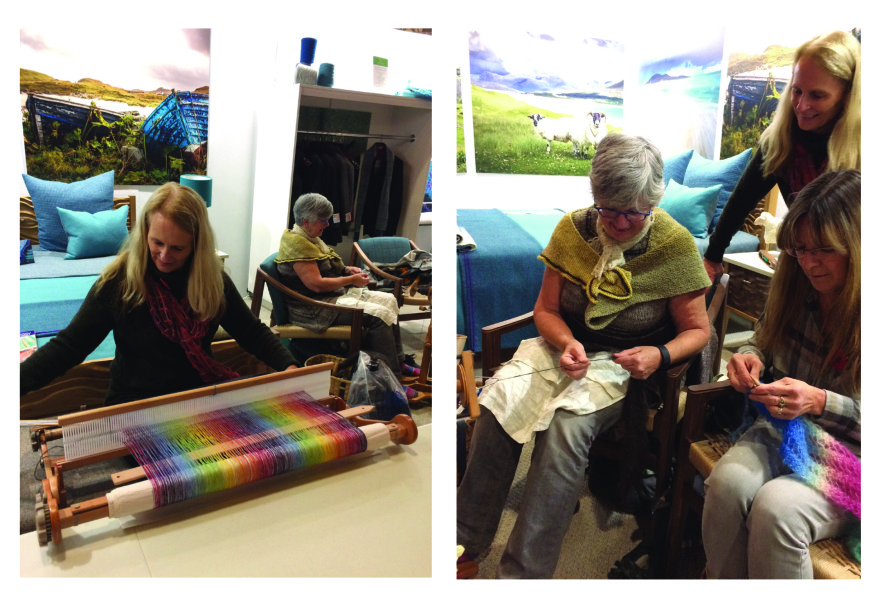 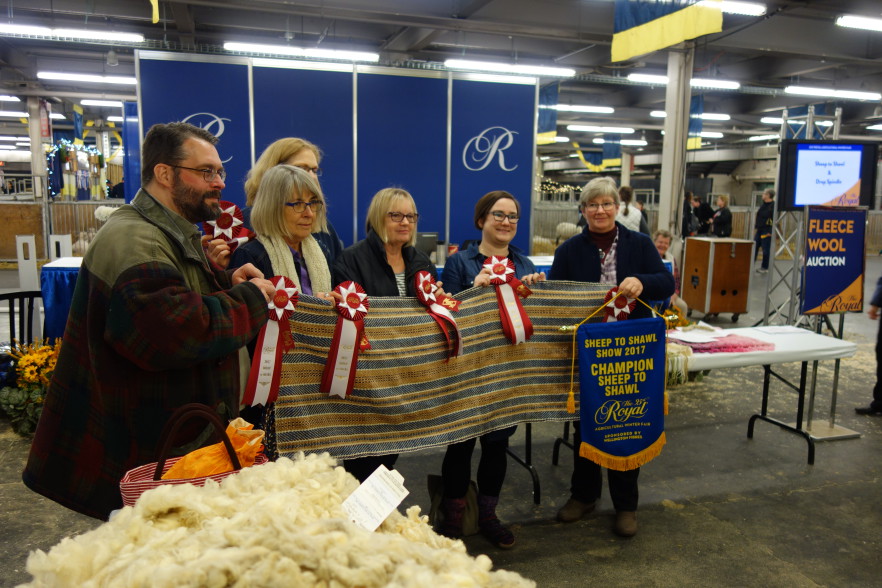 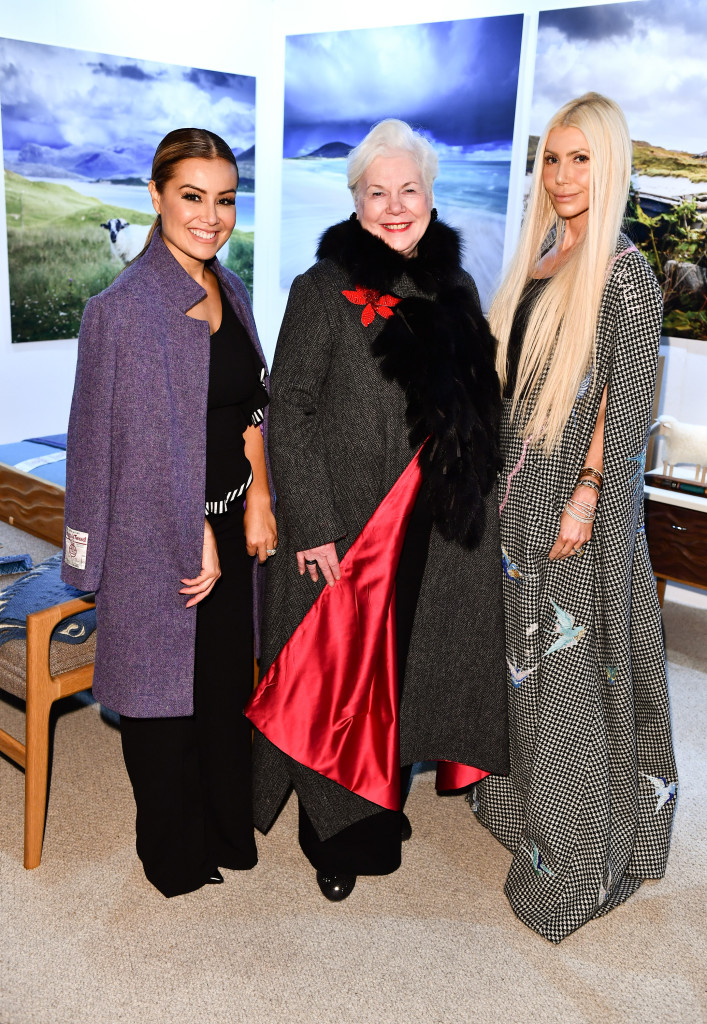 Working with well-known interior designer, wool supporter and TV host Samantha Pynn on the creation of the wool exhibit, Samantha assisted with the overall look and feel of the space and arranged for a feature on CTV’s The Marilyn Denis Show. The Marilyn Denis Show is a national daily entertainment and lifestyle talk show featuring Canadian and international celebrities and experts. The TV segment was over 9 minutes in length, the first section was Samantha at the Royal, talking about the Campaign for Wool, The Prince of Wales involvement, wool’s sustainability, and partnership with Harris Tweed and the Wool House exhibit. The second was filmed in front of a live studio audience and highlighted the many advantages of using wool in interior decorating.

The Wool House exhibit and the Campaign for Wool were also featured on CTV’s News at Noon. Surrounded by a pen of live sheep, weavers and spinners, Astrid-Maria Ciarallo, from PCC, spoke about the Campaign and Wool Week.

To raise awareness of Canadian Wool Week, PCC and NKPR, organized a knitting workshop with influential fashion and lifestyle bloggers in Toronto. While enjoying a light breakfast, these young influencers learnt about the sustainable benefits of wool, a brief history of the Campaign, the upcoming Wool Week and importantly – how to knit.

In 2014, HRH The Prince of Wales launched the rst ever Canadian Wool Week in Pictou, Nova Scotia. Local sheep farm and wool producer, Lismore Sheep Farms, played an active role in the launch and has been part of the Campaign ever since. This year, they organized an event at the Halifax Seaport Farmer’s Market to celebrate the 2017 edition of Canadian Wool Week. In addition to knitting, spinning and weaving demonstrations, local author, Sheree Fitch did a reading of her children’s book about wool, “Polly MacCauley’s Finest, Divinest, Wooliest Gift of All”.

To celebrate Canadian Wool Week and our partnership with the Harris Tweed Authority, the UK Consul General agreed to host a reception that took place November 7th in Toronto. The event was held at the Consul General’s private residence and was attended by PCC and CFW supporters, trade and development representatives and members of the fashion and interiors industry, which was featured in Hello! Canada.

ça va de soi, a family-run business that has been promoting sustainable fashion for over 40 years, hosted a reception in Ottawa in honour of Canadian Wool Week. The event was attended by loyal customers as well as PCC friends and supporters, including patrons and government of cials. The Ottawa Citizen, with a weekly circulation of 900,000, covered the story. 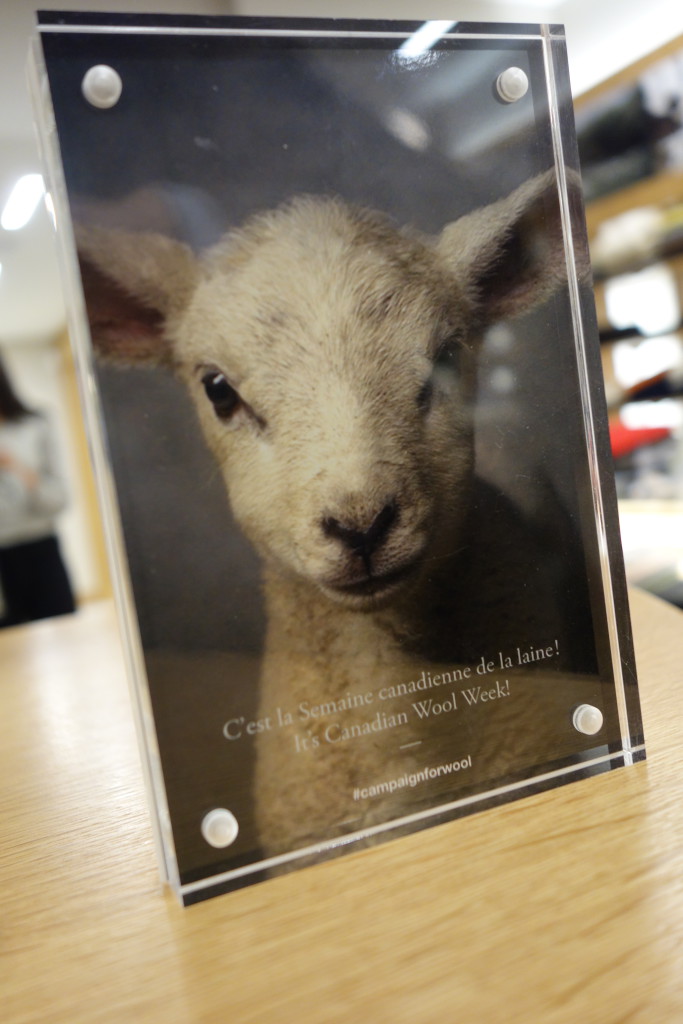 Retailers supported the Wool Week with the use of retail point of sale and sheep in line with the UK marketing tools to maintain visual consistency of the program. 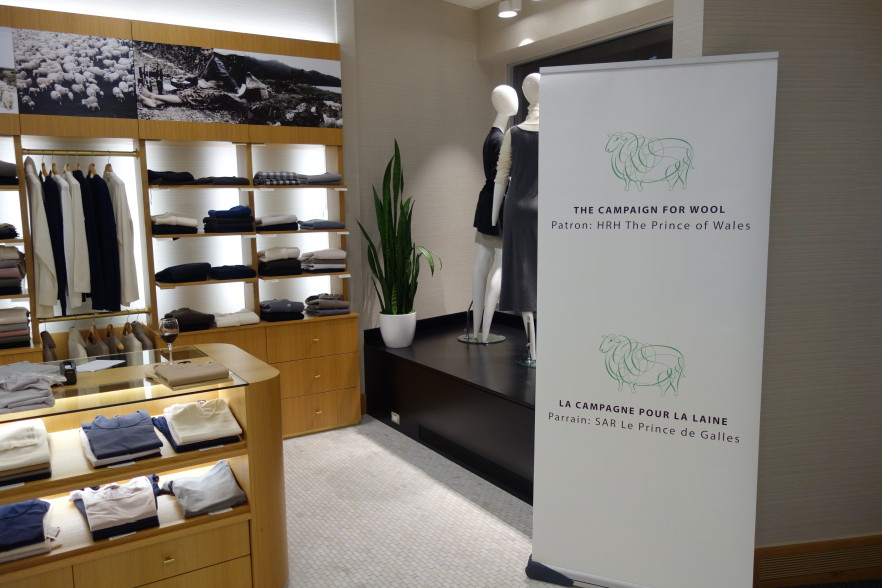 To engage with and educate sheep farmers on the Campaign for Wool, PCC participated in two knowledge-sharing events. Dr. Nicole Klenk, a professor at the University of Toronto, hosted a wool value chain discussion panel that was part of the Ontario Sheep Marketing Agency’s Annual Conference. Four of the five panelists were from our Wool Council and discussions ranged from how to promote consumer awareness to adopting the Harris Tweed business model to a Canadian context. Dr. Klenk is heading the Ontario Wool Study, supported by PCC and CFW, that addresses the challenges and opportunities faced by the Ontario wool industry. 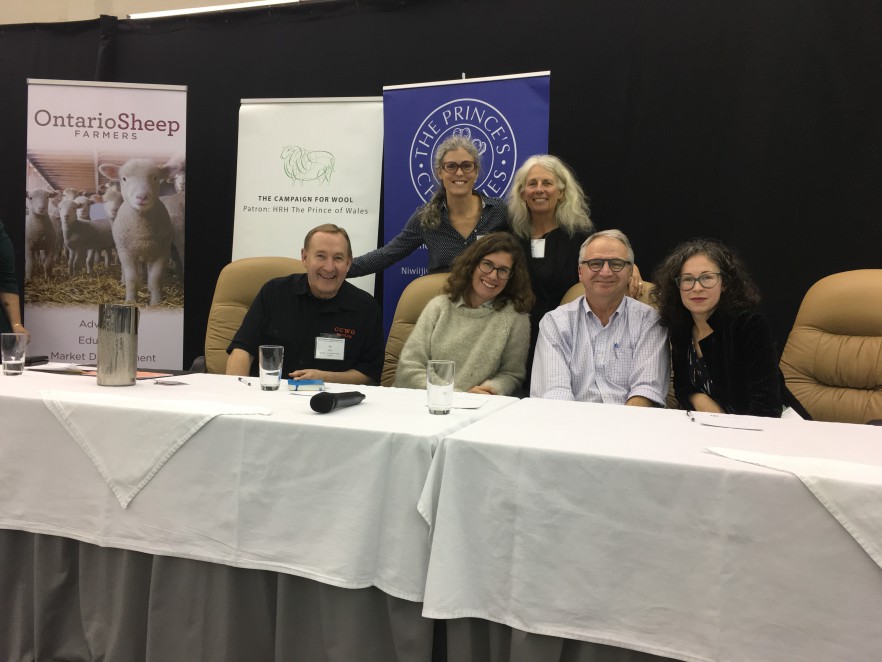 Organised by the Canadian Sheep Federation and Agriculture and Agri-Food Canada, the roundtable brings together key stakeholders from across the country. It discussed ways to help improve the wool value chain in Canada and around the world.

Prince’s Charities Canada (PCC) supports the Canadian charitable work of His Royal Highness The Prince of Wales. Their work is focused on The Prince’s core interests and includes improving the lives of disadvantaged youth, education, responsible business, improving the built environment, regeneration of heritage, environmental sustainability and support for Indigenous communities and the armed forces. They were created in 2011 to expand HRH’s charitable reach in Canada. www.princescharities.ca

Canadian Wool Council Convened by PCC, the Canadian Wool Council is composed of farmers, designers, producers and retailers. The council facilitates an open dialogue between the various wool chain stakeholders with the objective of strengthening the wool industry in Canada.