From Sheep to Shop, A Wool Takeover in Milan 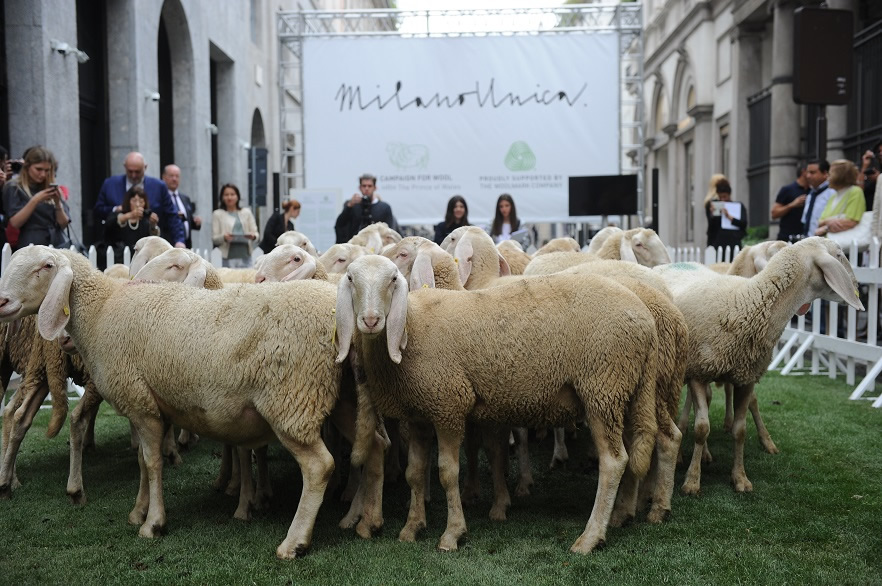 This week Milan played host to Campaign for Wool activities for its annual Wool Week, with wool and sheep taking over the city’s iconic fashion district. Via Montenapoleone, Milan’s high-end shopping hub was transformed into an area dedicated to wool, immersing visitors in the full sheep to shop experience.

First stop was the Campaign’s micro-farm situated among esteemed luxury retailers, where a flock of live sheep showcased the natural, sustainable and biodegradable benefits of wool. The Campaign’s educational programme also allowed the public to learn about the eco-credentials of choosing wool as their fibre of choice.

Wool air installations adorned the retail district around Via Montenapoleone, thanks to the support of the Associazione Montenapoleone and with over 25 retailers joining the Campaign in celebrating this noble fibre in-store and in their collections, wool really had taken over.

The exclusive ONSTAGE event, an annual fashion show organised by Milano Unica in collaboration with The Woolmark Company, brought the public and a renowned guest list of fashion influencers from sheep to shop on Via Montenapoleone. A video from The Campaign for Wool’s patron, HRH the Prince of Wales, opened the event welcoming guests to the official launch of Wool Week.